If you want to find the web hosting that is right for your particular circumstances then you’re in the right place!

Here we take a look at all the web hosting services available and tell you who our top picks are. 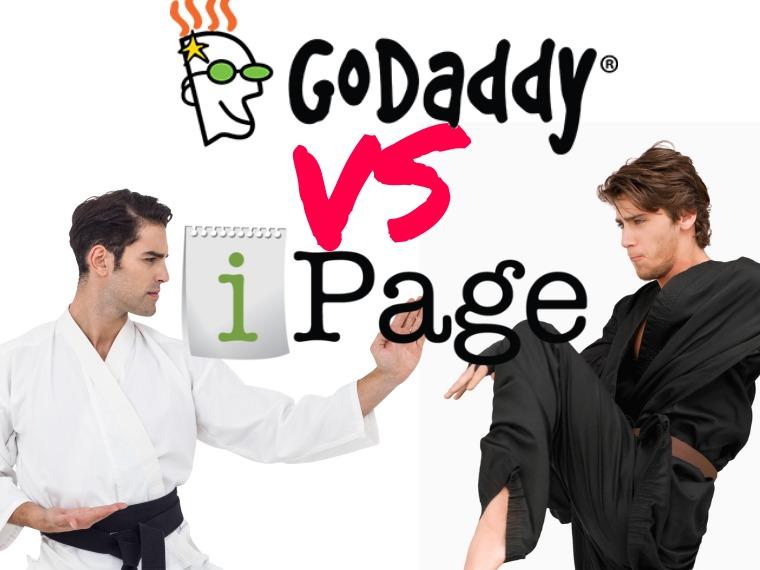 iPage should be a winner on price and for anyone with a single website, while GoDaddy would be more supportive for larger online businesses. Is this true?

This review aims to help you decide if it’s worth it to start out with iPage, or if GoDaddy is just as good for beginners. 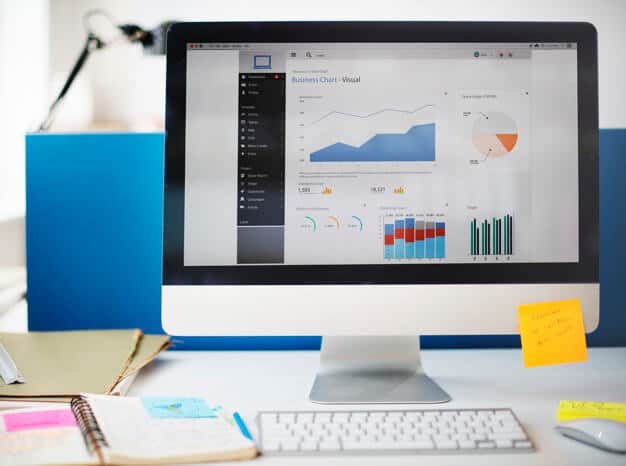 If you’re looking to host a site, you’re probably considering using cPanel hosting. It’s the most popular management system for web hosting. And it’s user friendly, so even those with little web building experience will feel right at home. Whether you’re hosting a blog or running an e-commerce site, web hosting with cPanel makes it easy.

But there are a lot of websites out there if you’re looking for cPanel hosting. In fact, there are thousands of different web hosts. How are you supposed to find the right one?

If you’re a photographer, getting your images on the web can be a major step forward personally or for your brand and business. Whether you want to sell your services as a photographer, your images as stock photos, or prints of your art, you can do so with these managed hosting plans.

Some of the five plans reviewed here are better for certain purposes, and those will be noted in the review. Choosing a managed hosting service meant for photographers will not only eliminate any time you need to spend updating your site and hoping you won’t break anything, but it also allows you to focus on the images. 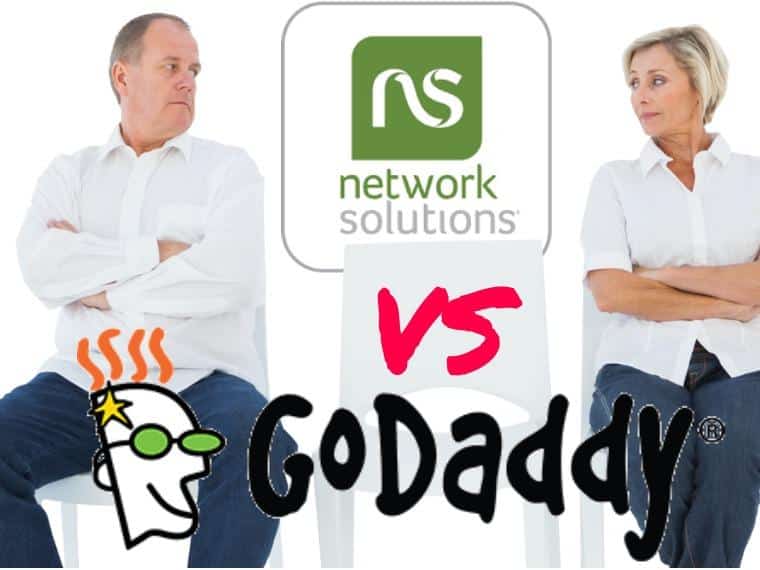 To succeed in the fiercely competitive market today, you need to be creative and have a well-designed website. More importantly, you will require the right web hosting provider in your corner. Two of the leading hosting providers on the market today are GoDaddy and Network Solutions.

Both GoDaddy and Network Solutions provide hosting plans at rates that are below the average rates offered on the Internet today. GoDaddy has made a name as the #1 registrar of domains in the world. For its part, Network Solutions hosting provider stands out for its dedicated WordPress hosting and laser-focused security. Therefore, which is the better option for you? 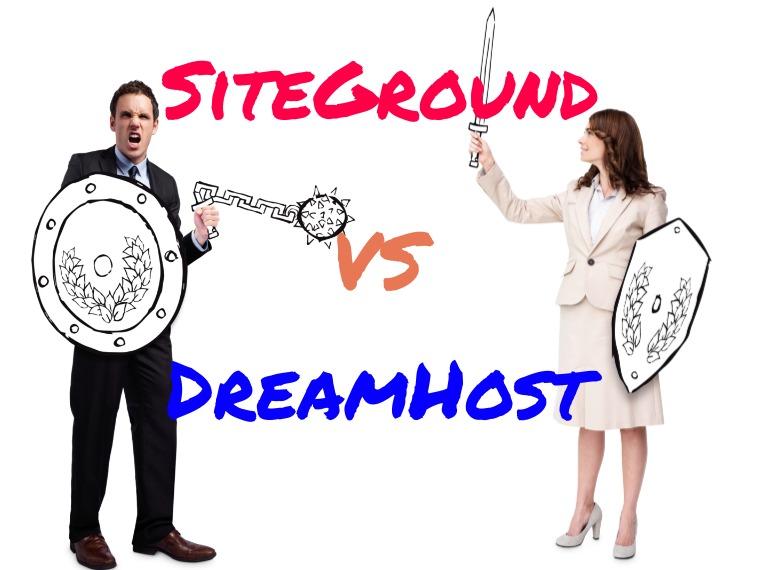 It’s possible that simply choosing a host can, ultimately, decide the degree of success your website achieves. The right host will be there for you when you have questions, and they’ll make it easy to build and maintain your website. They’ll keep it secure and help keep you in business.

The wrong host, by contrast, won’t pay attention to suspicious activity on their servers or will charge you more to look for it. They won’t be easy to reach. They may even let their hardware become out-of-date or charge you for features you don’t use or didn’t request. 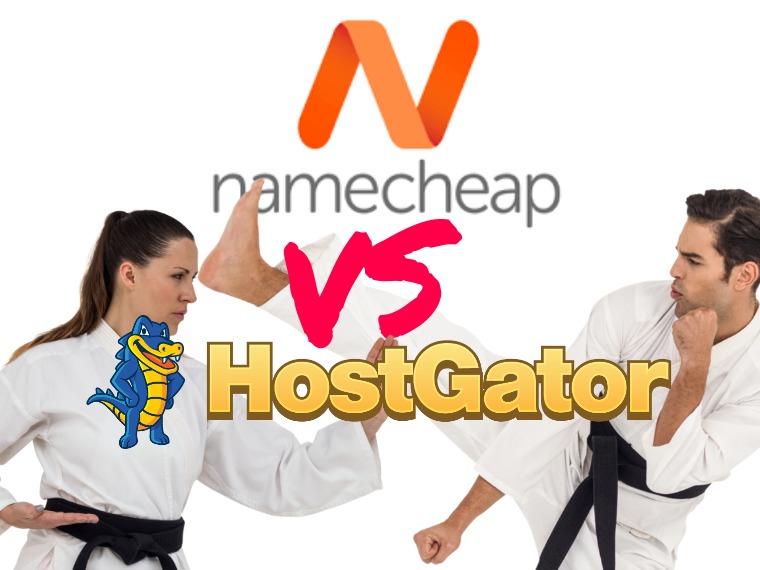 My guess is you are probably torn between the two, given that both have really built a good name for themselves in the hosting and domain industry. In fact, both score pretty high on many fronts, including performance, security, cost, and speed.

If you’ve never interacted with either but have watched their ads or seen reviews, that makes the decision on which host to choose even more complicated. It’s unfortunate that a good number of people fall for the ads, only to realize later they made a really bad decision. 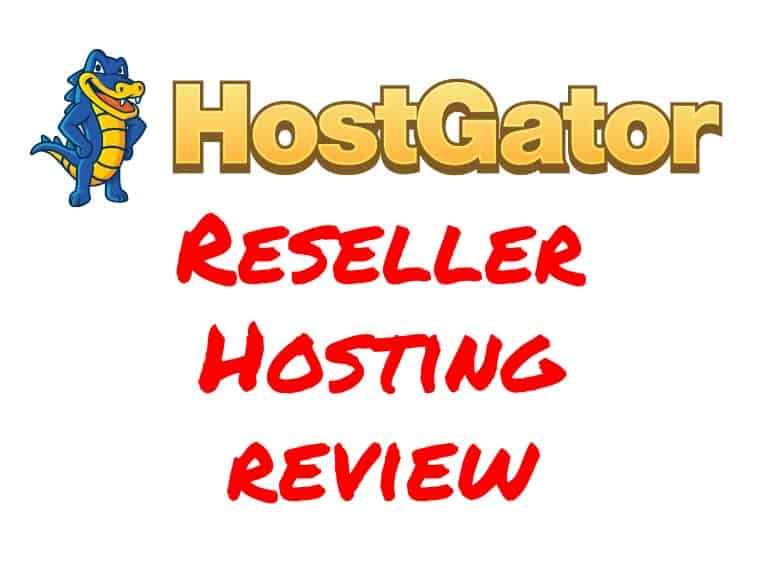 Is there anyone who still hasn’t heard of HostGator? They’ve been one of the biggest names in hosting for a good while now, offering plan upon plan to fit individual customer needs. Shared hosting? They’ve got it. Cloud hosting? They can do it. Even advanced server setups like VPS and dedicated hosting fall under their …

Namecheap started its life in 2000 as a place to get domain names, but they have developed and expanded their offerings on that front continuously since then. And in 2007, they also added web hosting services.

Today, they provide one of the most comprehensive ranges of web hosting plans available.

This Namecheap hosting review is meant to help you get a better sense of those web hosting services. 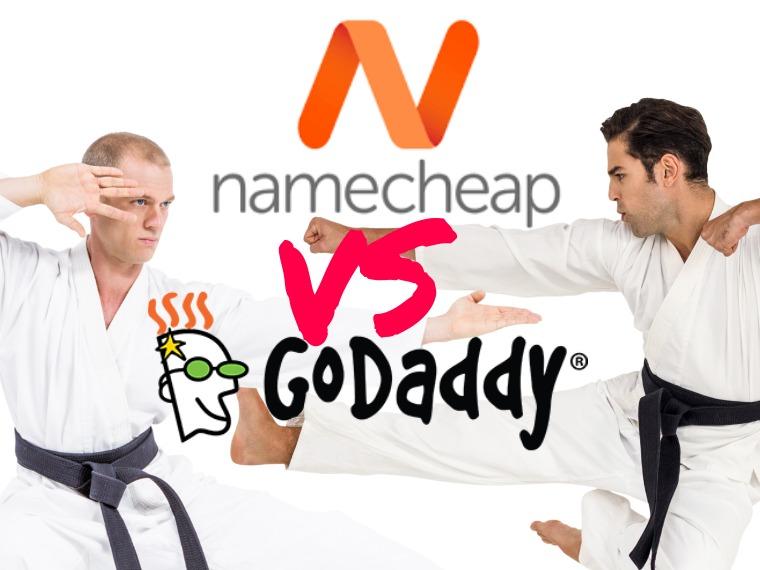 Read how NameCheap and GoDaddy compare in a number of essential categories.

I will also provide you with a category winner and an overall winner in the conclusion at the end of this review. 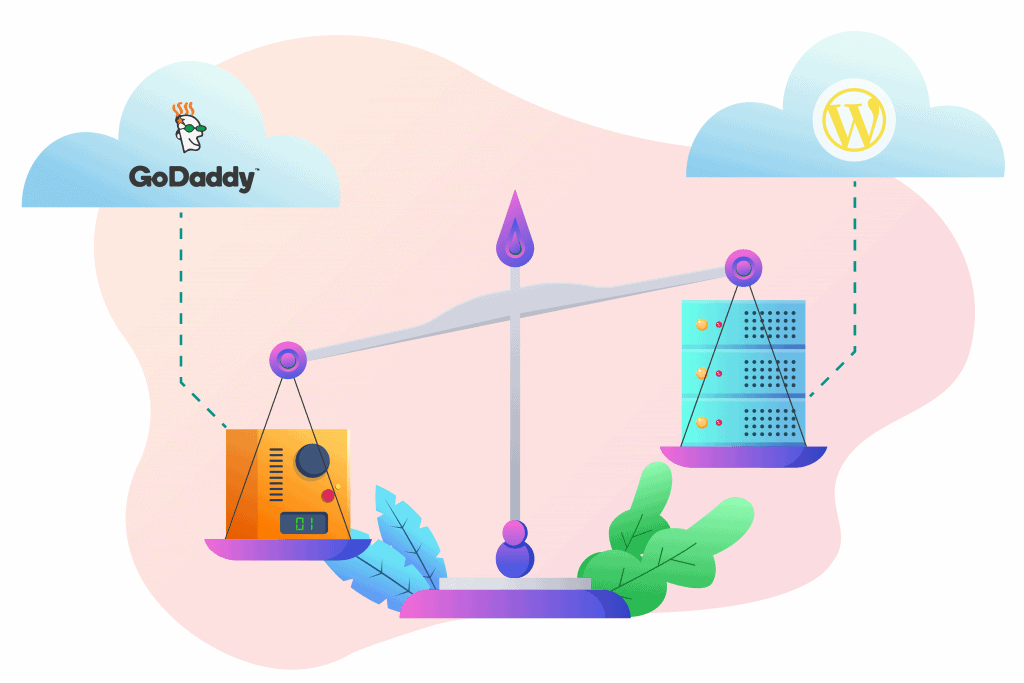 When you decide to create a winning blog or site, one thing you must get right is web hosting. But how do you pick the right hosting provider in the crowded market? Two outstanding names on the internet today are WordPress (WP) and GoDaddy.

WordPress is a free content management system (CMS) that is used by over 30% of websites on the globe, while GoDaddy has made a name for itself as a leader in shared hosting and domain registration. Although WordPress does not specialize in web hosting services, it has good options that are ideal for personal use and startups. On the same note, GoDaddy does not provide CMS services, but it has a one-click WordPress installation option for you.

If you’re looking for a cloud based storage company, chances are Rackspace and Amazon Web Services (AWS) are two of your top choices. Both companies are industry leaders, offering a wide range of data management services, high speed performance, and reliable servers.

But which company is the right one for you? They have many similar features, and both are companies with great reputations. This can make deciding difficult. 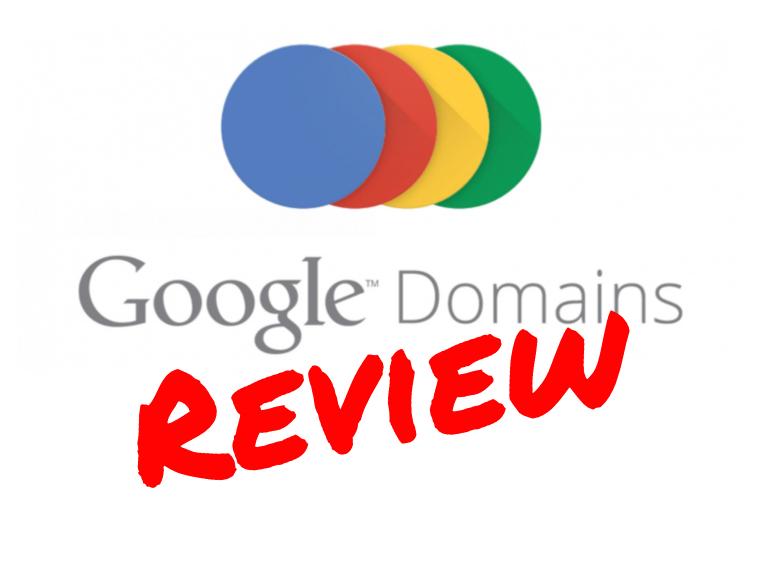 By the end of this review, you may realize that Google Domains, while adding a small bit of complexity to your website building efforts, is the best thing you have never heard of. Currently in Beta, this service is not only reasonably priced but offers perks you can’t get anywhere else (for free).

Buying domains from Google, or using Google as your domain registration agent, may be something you choose to do even if you don’t want to build a website. The largest perk of registering a domain through Google Domains is the ability to create new, custom email addresses that integrate fully with Gmail and the rest of the G Suite.

Magento is one of the best-known e-commerce platforms currently on the market. It’s open source, provides plenty of options for selling your products and accepting payments, and is widely regarded as on the top picks when it comes to e-commerce solutions for just about any online business.

Sounds good, there’s just one issue. Without the best Magento website hosting, your store is going to be as good as useless. 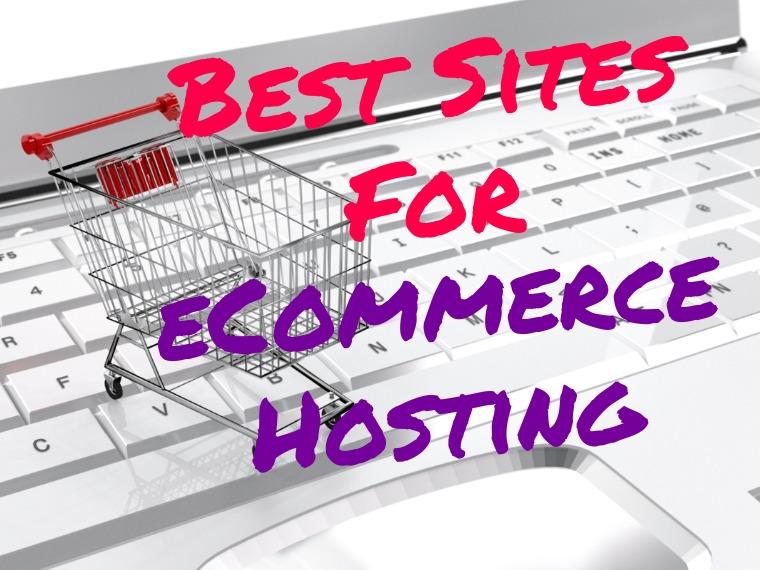 You’ve probably noticed that lots of consumers nowadays prefer to do their shopping online. Brick and mortar no doubt still has its place in the retail sphere, but the convenience of shopping online is unbeatable.

What makes you luckier as a business person is the fact that setting up an e-commerce website and cashing in on this e-commerce wave is far easier to do today than it was a decade ago, provided you have the right hosting company or platform by your side.

Choosing either SiteGround or InMotion means that you’re already looking at the highest class of web hosts.

Maybe you’ve narrowed down your options and want the details on who offers the most features as well as the best, most consistent pricing and responsive service.

This review will help you make your choice.

So, you’re looking to shift from GoDaddy to another hosting platform.

Well, if you are, then you’ve certainly come to the right place.

We understand how frustrating it can be to get away from a problem, only to end up finding the same or something worse on the other end. This is why we take our time to test and document everything there is to know about any platform we recommend to you. 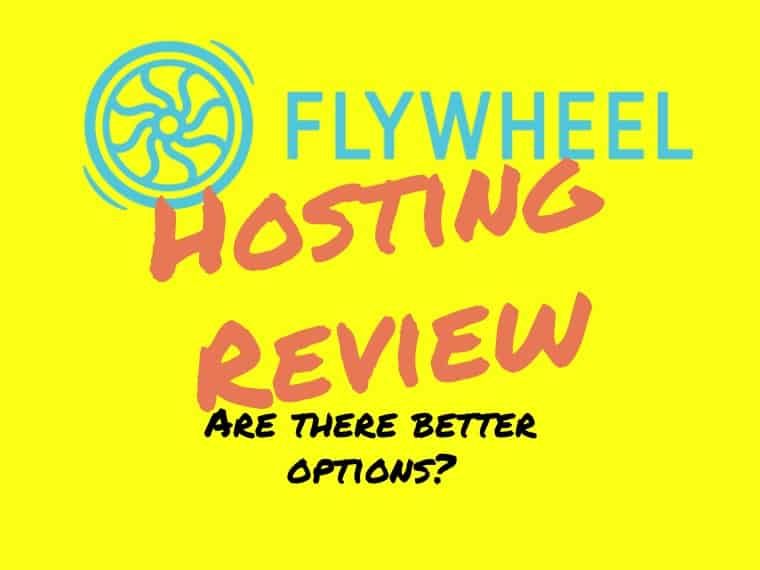 To make your site or blog stand out from competitors, you will need a powerful ally in your corner—an efficient and reliable hosting platform. However, getting such a hosting platform in a market full of brands claiming to be the best is not an easy task. One hosting provider that has stood out and won high ratings from across the globe is Flywheel.

Flywheel is one of the leading managed WordPress hosting providers on the market today. It has an impressive array of features that makes it a reliable option for you, whether you only have a single WordPress site or run a website development agency. 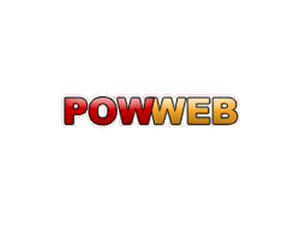 PowWeb has been in the web hosting business for a long time. Established in 1999, the company is still around. Now, they are an EIG-owned company, along with many other web hosting providers. But they still operate independently of their parent company.

PowWeb’s dependability of late looks to be all over the map. For some, PowWeb still provides reliable web hosting. For others, however, PowWeb’s services have declined sharply as the years have gone by. 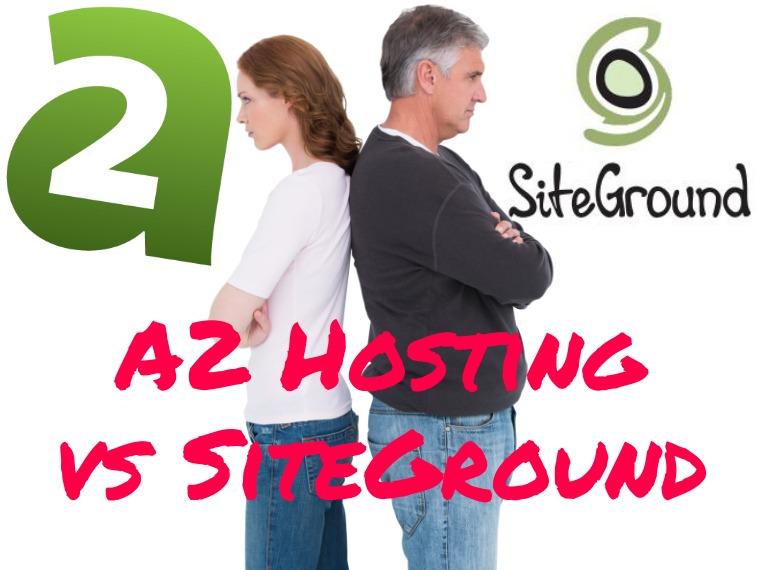 A2 Hosting and SiteGround are both relatively new competitors in the hosting space. While neither is currently one of the five most popular web hosts, what they can provide to anyone looking to switch or start up a website could be better than what a more popular service may provide.

For anyone looking to host a website, you know that some hosting providers can be flaky at best. They may have poor customer service, be hard to migrate to, or not have the security features you and your potential readers or customers need. 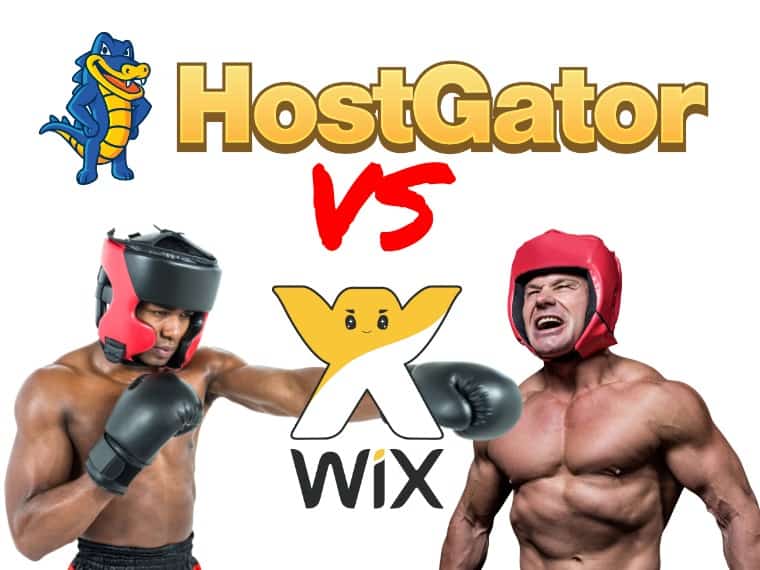 Year after year, the web hosting market gets more competitive. As the battle intensifies, I’ve picked out Hostgator and Wix—both well respected and highly-demand hosting providers—and compared them side by side to see who wins the crown.